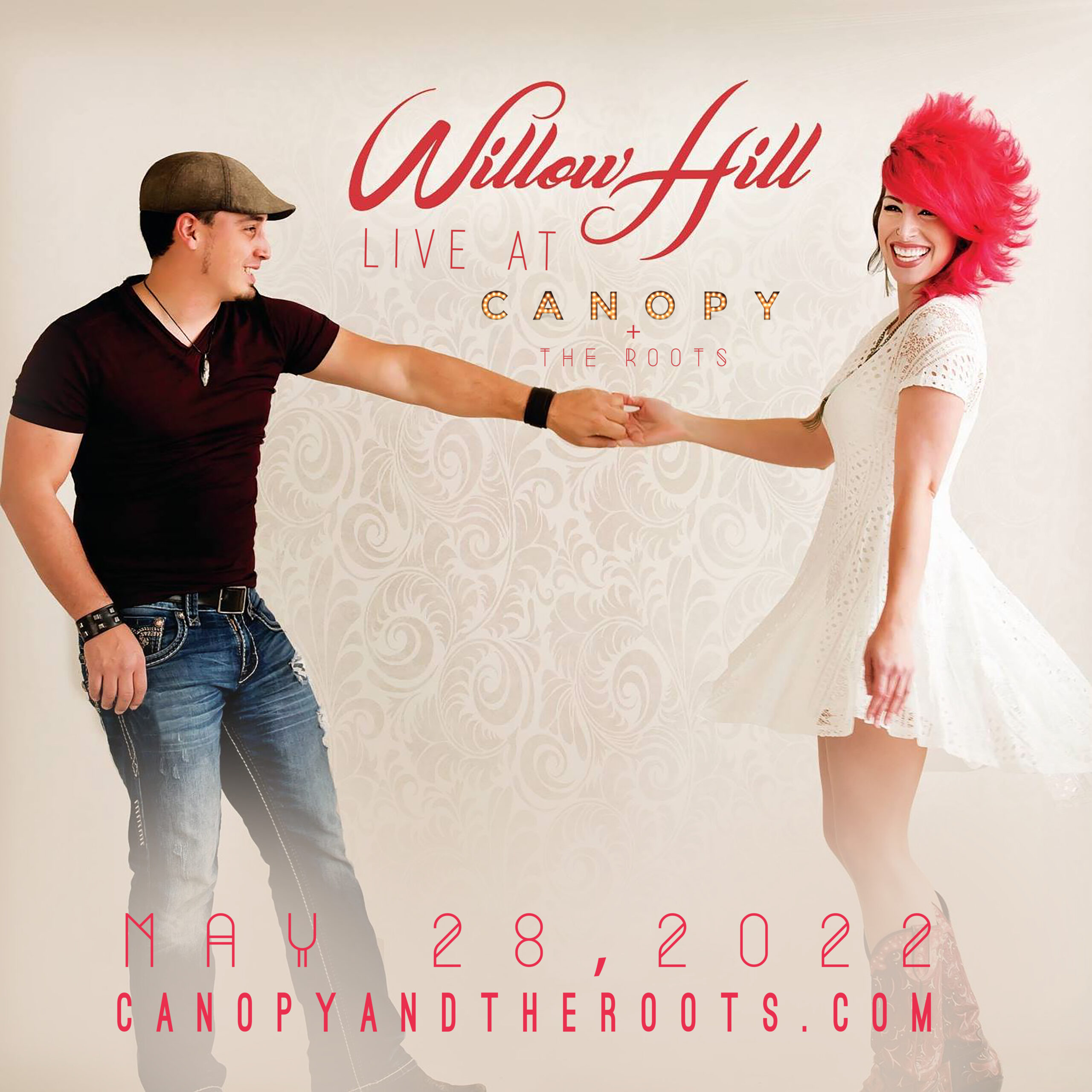 Willow Hill is a burst of color on the canvas of modern country music. The husband and wife duo of Alexandra & C.T. Fields has earned a loyal fan base across the entire United States with Alexandra’s iconic soulful voice and C.T.’s infectious guitar riffs. Having written songs together for over 12 years, the two enjoyed some national success in their rock group Lovebettie with a Rolling Stone “Band to Watch” mention, and over 200 dates per year of touring. The band was also a regular name at major festivals like Sturgis, Rocklahoma, and Summerfest – where they supported the legendary Pat Benatar. During that time the couple began writing songs outside of the realm of rock and roll, and finally found where their hearts felt at home… in country music.

While admiring the authentic songwriting of country radio that they were raised on, and attending festivals like Stage Coach Music Festival and Delaware’s Junction Festival, Alexandra & C.T. penned the first songs that would be the foundation for Willow Hill, and recorded their debut EP, Highway One. Recorded in Nashville’s historic Benchmark studios, Highway One is produced by Zach Abend with the assistance of Executive Producer Jeff Cohen of As You Wish Music, who’s credits include songs with Sugarland, Big & Rich, and The Band Perry. The Ep has immediately gained steam with some of the industry’s biggest tastemakers, and is set to make a splash on mainstream country radio.

Connect authentically to the artists by hearing them in our “speakeasy”-styled intimate listening room, the Roots, located underground beneath the Canopy social house. Hear the stories behind the songs as the artist(s) share their inspiration and even their heartaches. Doors open at 7:00pm; show starts at 7:30pm. Contact events@canopyandtheroots.com to reserve a table for two, couch for 2-4, or booth for parties of 4-6 in our VIP area in advance. Locally-sourced craft beer and wine available for purchase.