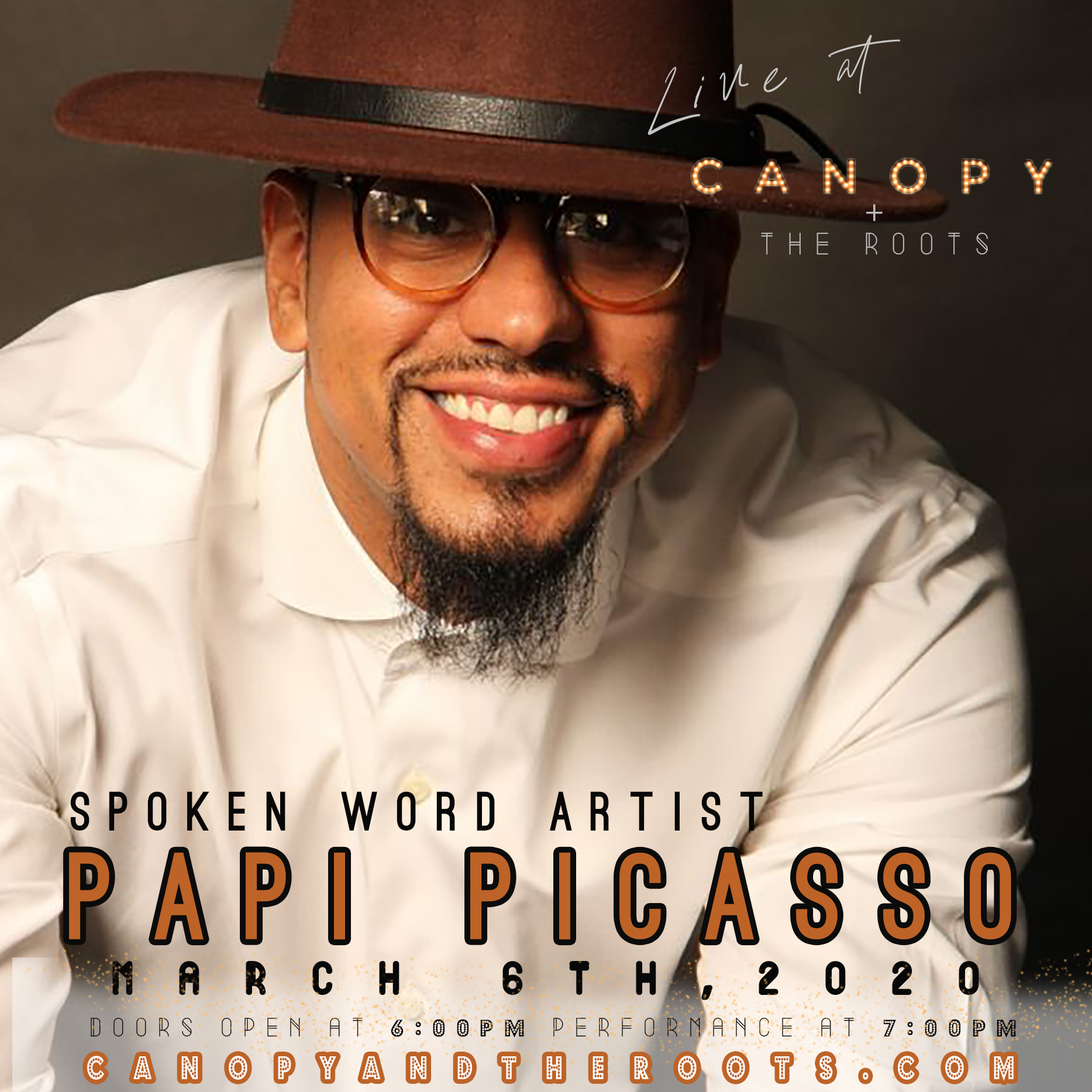 With a beautiful take on fatherhood, Papi Picasso delves deep into what challenges a man and parent with original poetry. Come experience the talent of SPOKEN WORD. Doors open at 6:00pm, performance at 7:00pm; coffee + dessert available upstairs in the Canopy following the show. Craft beer available through a partnership with NOFO brewery.

“As a man he became more than a product of his environment, he became a vessel digesting every soulful means of expression available – Manifest.He proudly served in the Air Forces Intelligence Community for 6 years. Upon an honorable separation he made Baltimore, MD home and committed to serving the community and tending to his new found family.

Despite the best of intentions he ended up being a single father. This newly cemented amount of responsibility fueled his ambition to write poetry, capturing the nurturing sensations and the over protective nature of a father. He saw the relativity between his parenting, the need for examples in Baltimore’s community and the social issues that he volunteered his time to.

Poetry was the conduit to explain his thesis, but first he had to be a student of the game.

Enters Atlanta – In agreeance poetry scene with his unique ability to deliver and change the tone of any stage he graced. Opting not to pander to an audience by providing simple poetry for shock value, and speaking down to the audience, instead he had them LISTEN UP. Addressing issues such as discrimination, gender inequality, the digital divide, gentrification, divorce, co-parenting, fatherhood and repeatedly virtues of manhood he has established as a bedrock for poetry in Atlanta, growing internationally.post-divorce Mario relocated to Atlanta to provide his children a better quality of life. While isolated from his support system he retreated to the friend he knew best, poetry.  He humbly navigated the Atlanta’s.” ~Mario Reyes aka Papi Picasso