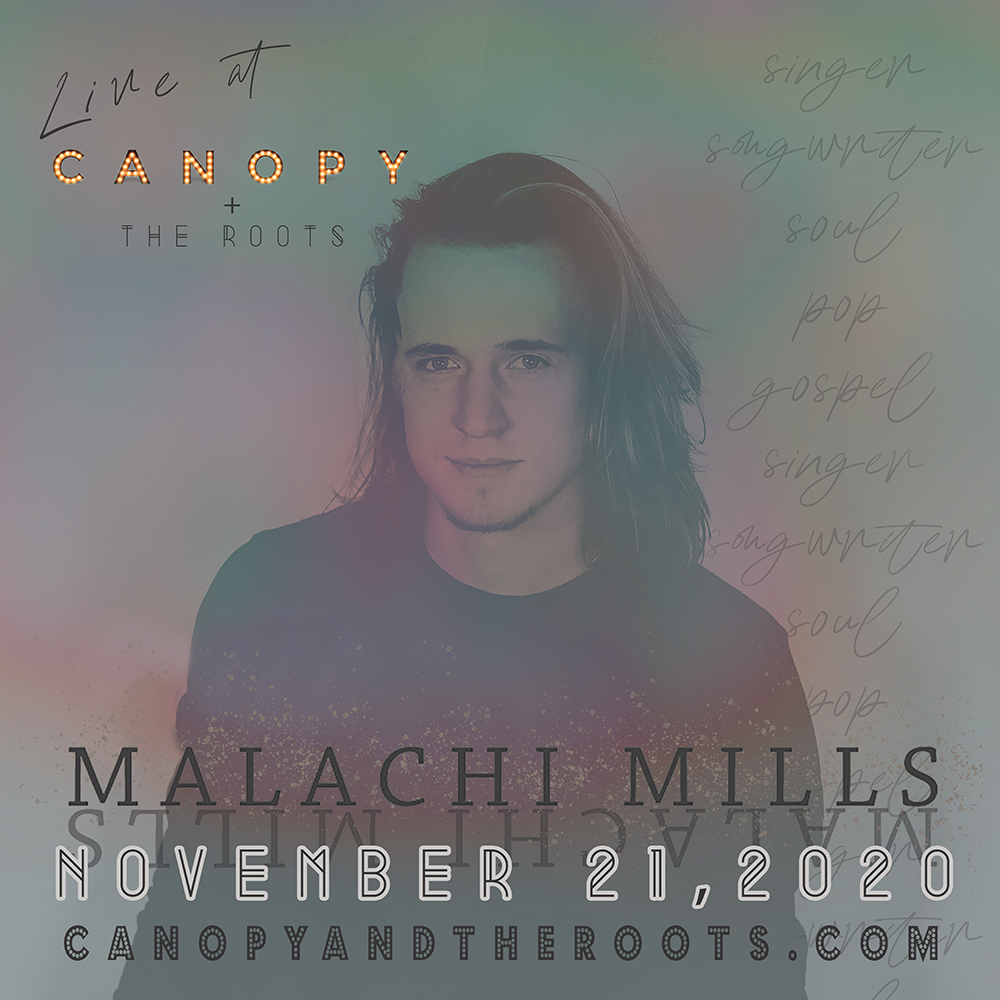 Growing up leading music in his local church, Malachi Mills took up a love for Motown & soul music which then in 2015 led to his role of lead Singer/writer of the ATL pop/soul band, “Whispering Gypsies.” Malachi then spent the next two years gaining live experience playing shows at venues such as GA Theatre, City Winery, Eddies Attic, and many other reputable venues. He released his first public work as an artist in 2017, a 5 song EP entitled “Lose It.” Malachi now continues to perform, produce, and write a wide variety of pop and gospel music. Although currently focusing on his career as a writer, Malachi continues to play Solo and full band shows, writers showcases, and private events all around the South East.

Performing at venues such as Hard Rock ATL, City Winery, Eddies Attic, GA Theatre and many other venues in the south east, Malachi has spent the past four years gaining live experience, taking any opportunity to grow his craft. Along this journey, Malachi has written and published 10 songs across various listening platforms.

Acting as lead singer and songwriter of the band “Whispering Gypsies,” Malachi wrote and published the 5 song EP entitled “LOSE IT.” After two years of touring with WG, Malachi has gained a sharper focus on collaborating with other artists and expanding himself as a writer. “Melodii Creative,” a most recent pop/R&B project has inspired a completely different avenue of writing along with his “Singer/Songwriter” youtube channel which is a raw, acoustic look at many of his original works.