ELIOT BRONSON : Live in the Roots! 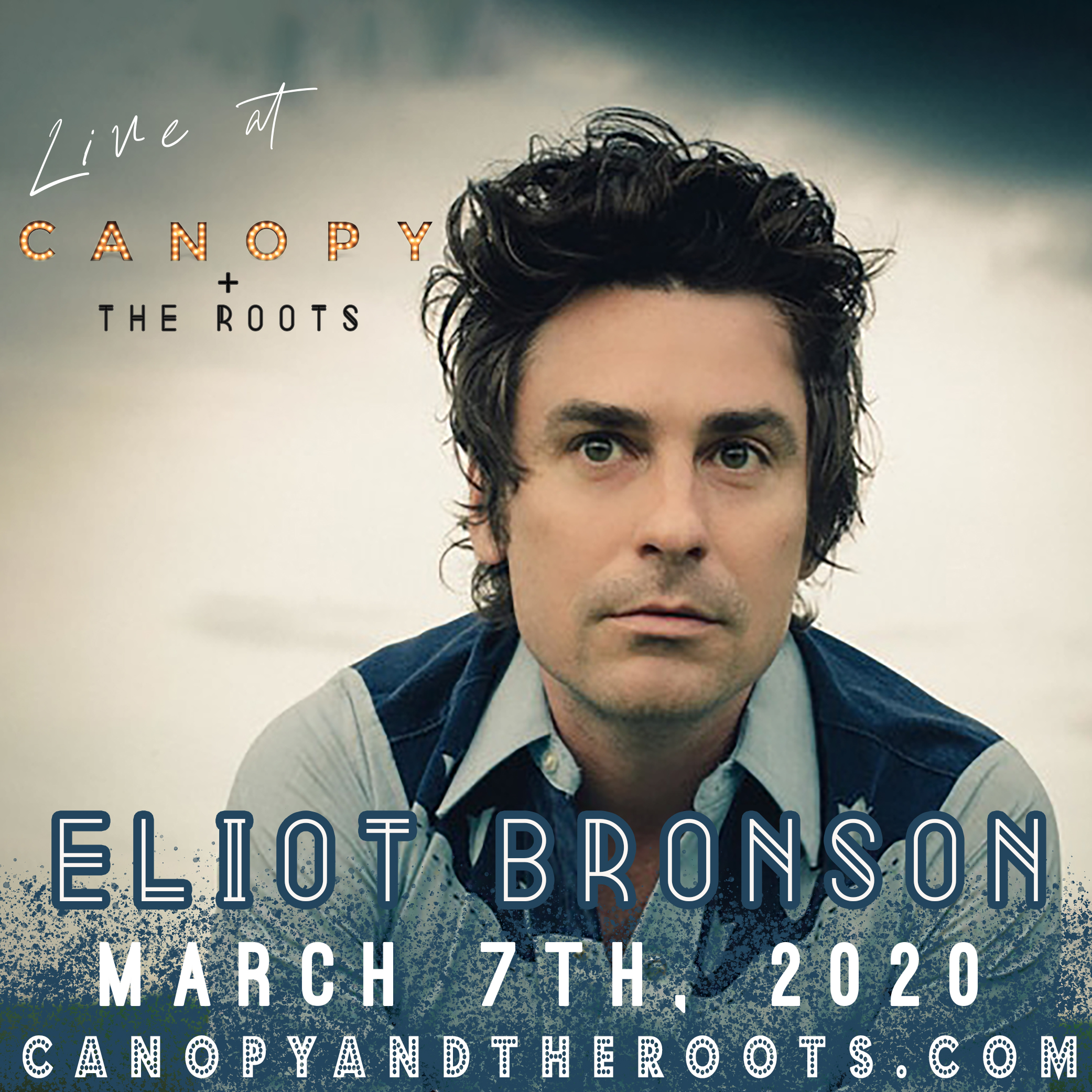 “An Americana gem” according to Paste Magazine and fresh from a new album release, James, Eliot Bronson takes the stage in the Roots. Bronson initially toured as one-half of a duo. They moved to Atlanta and picked up a gig in a room frequented by The Indigo Girls, John Mayer, Shawn Mullins and other discerning clientele. When his partner quit to take a sensible non-musical job, Bronson persisted on his own. His songs won first-place honors at MerleFest’s Chris Austin Songwriting Contest and Eddie Owens Presents “Songwriter Shootout.”  He issued several solo albums, including a self-titled release in 2014 that prompted Glide Magazine to describe him as “a gorgeous, magnificent hybrid of (Ryan) Adams, Jason Isbell and Jim James.” Bop n Jazz upped that ante by heralding him as “maybe the best singer/songwriter since Dylan.”

Doors open at 7:00pm; Eliot takes the stage at 7:30pm. Tickets include dessert and coffee in the Canopy following the performance. Purchase the VIP add-on for exclusive balcony access and green room interaction.