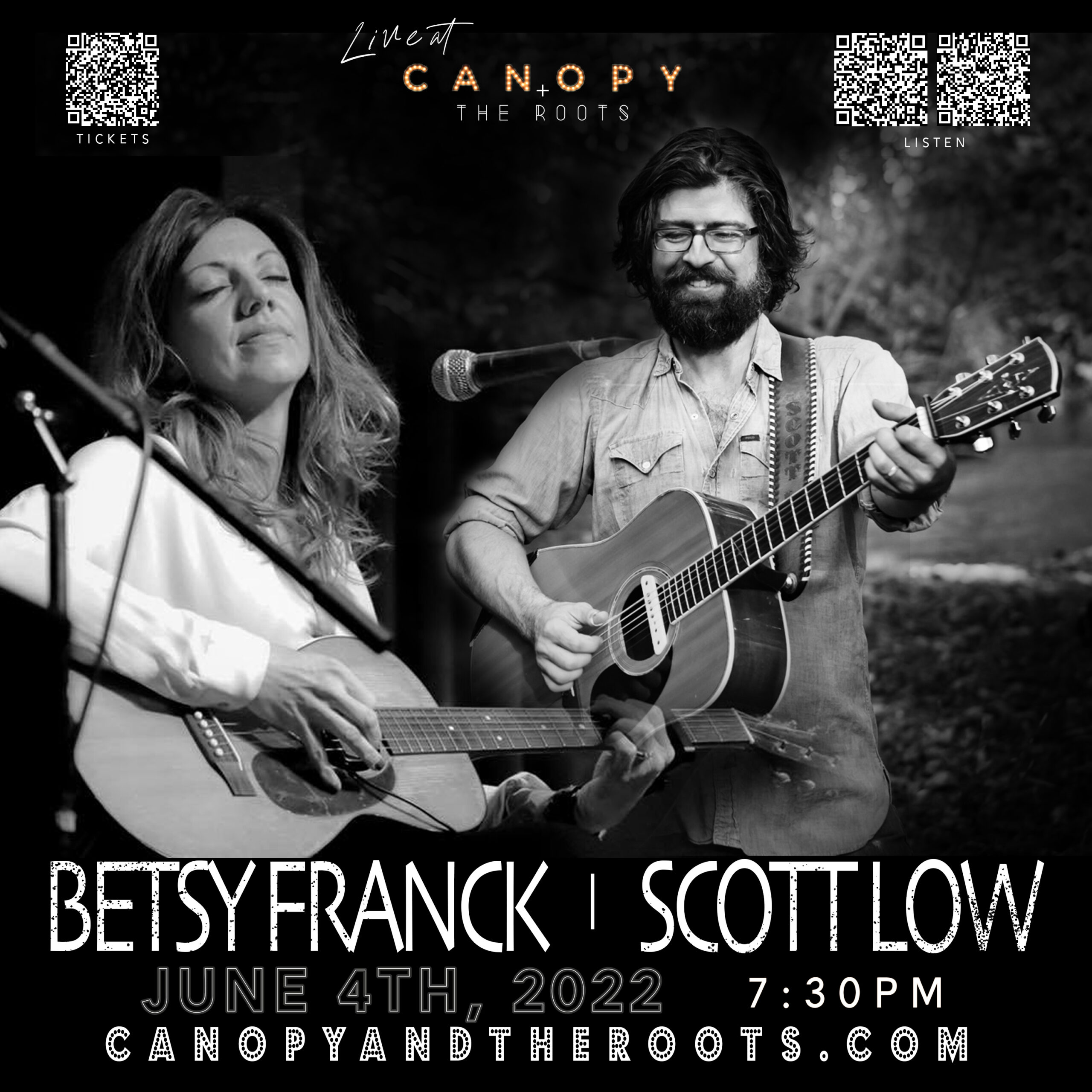 Betsy Franck is a soulful Americana Blues singer, songwriter, guitarist, house concert throwing, people-connector. Most recently settling in the North GA mountains, Betsy spent four years in Nashville TN, and over a decade in Athens, GA., performing and recording (5) studio albums. Franck has shared the stage with a long list of musical favorites from many different genres like Loretta Lynn, Lucinda Williams, and John Popper to St. Paul & the Broken Bones, Bobby Keyes, and Ray Wylie Hubbard. She has released a collection of singles on her EP entitled “Words”. They can be found on her website www.betsyfranck.com.

This year Betsy has begun to tour more than she has over the past decade, playing solo shows, full band shows, and touring with Athens, GA based rock band “Bloodkin”. She continues to write and is currently putting together material for her next album.

In addition to playing her own music and lending her gospel strong vocals to various projects, she continues to pour energy into keeping live music at the forefront of her efforts through intimate small gatherings called BFranckProductions, that focus on food, music and how to bring assistance and awareness to various nonprofit organizations.

Whether you catch a full band show, or one of Betsy’s lyrically enchanting solo sets, you will not be disappointed as this performer embodies impassioned performance at its best.

Scott Low sings songs about things he knows. Since moving from 150-200 shows a year and Athens GA, Low has founded a fly fishing art music camp, Hatch Camp and Art Farm. But Scott still sings songs in the American Folk tradition with a touch of Country and Appalachia performing solo or with his band, The Southern Bouillon.

With a wide ranging background stretching from jazz to punk to southern rock, Low pulls from the things that have shaped him. From Townes and Dylan to Miles and Zappa. But what comes out on stage is an intense rendering of original songs (and a few choice covers). In the summer of 2016, Scott released THE NEW VINTAGE, a 2+ year project of songs that fell into the net of Americana/Country and followed it with extensive touring. A more folk album came next with 2018’s BURNING TIRES, SMOKING GUNS. Then 2020 and Covid brought THE SOUTHERN BOUILLON LIVE.

Initial comparisons to Jamey Johnson, Ryan Bingham, and Hayes Carll have been written by the more Americana press, but there are touches of Tom Waits, and Nina Simone that linger in the shadows.

Please support original music and culture. And, please look for Scott Low music and shows near you!