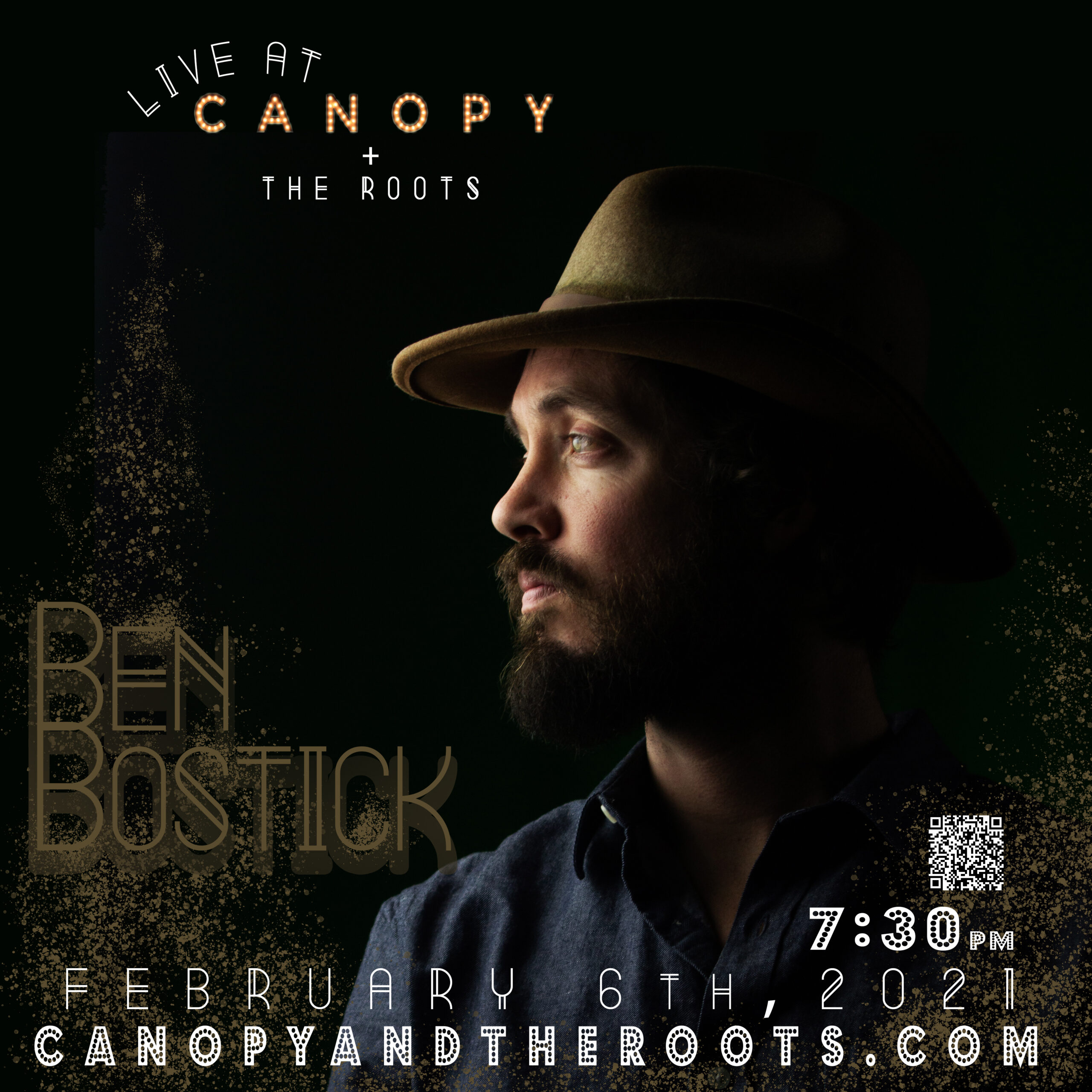 “Ben’s way of sharing his pain is poetic and beautiful. Artists such as him are few and far between.”- Chris Keaton, Country Music News International

Ben Bostick is a South Carolina-raised, Georgia-based outsider country singer-songwriter and one man band. His influences range from Johnny Cash and Bruce Springsteen to Otis Redding and Tommy Emmanuel.

After leaving home for a decade of rambling and toiling at odd jobs, Bostick blew into California and decided to try his hand busking on the Santa Monica Pier. To the great surprise of the former ranch hand and roofer, Bostick found that he could make a living playing music. Ben saved his busking money and used it to record his debut EP, My Country, in 2016. No Depression says, “he comes on like an unholy alliance of George Jones and Merle Haggard.” My Country was nominated for an Independent Music Award in the Roots/Country category.

His debut album, Ben Bostick (2017), takes on a more progressive country tone, recalling such artists as Jason Isbell and Sturgill Simpson, and showcases his versatility as a songwriter. “This eponymous album is so well written that it is to look into the heart of the divine, a true great,” says Liverpool Sound & Vision.

Hellfire (2018), Bostick’s sophomore release, is a collection of high energy songs written during his band’s yearlong weekly residency at The Escondite in downtown Los Angeles. It was during this residency that Bostick solidified the lineup in his band and set out to write material to suit the players and the venue. Lonesome Highway says, “Bostick has a wicked & wry sense of looking at things and amidst a gumbo of Country, Rockabilly, Blues and Rock we are treated to plenty of drinkin’, hard partying on Saturday nights, lustful love flings, poor boy messes and just downright bitter and mean men – loners set to do you harm.”

September 2019 brought Bostick and his family to Atlanta, GA. Back in the beautiful southeast, he plans to keep making music and playing 200+ shows a year. His latest album, Among the Faceless Crowd, was released on April 17, 2020 to universal praise. The Daily vault says, “”The haunted feel and moral complexity of these songs inevitably bring to mind Bruce Springsteen’s Nebraska. It’s a point of comparison one should never make lightly, but it’s merited here thanks to the exceptional craft and affecting power of Bostick’s songs.”

Intimately connect to both artist and venue in our lush, speakeasy-style, 50 seat listening room. Hear the stories behind the songs as the artist(s) share their inspiration and even their heartaches.

Masks are required for entry.